What's On Your Work Surface? 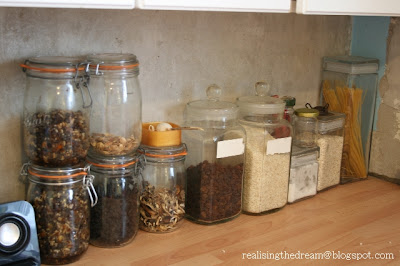 I suddenly realised that my work surface in the kitchen was getting a large number of jars on it.  With preserving and plenty home baking my need for ingredients that are quick to hand!  So I thought I would do a 'What's on your surface?' post, but I guess it could be a 'what's in your cupboard' or a 'what's on your shelf' post.  I am hoping that others will join the posting and I will add links to their posts to this one!  Just leave a message in the comments letting me know you've joined in!  This should be a great way to showcase what we've been up to this year and might give everyone ideas on how to store and display their hard won produce!!

So on my work surface I have:
So that's 'What's on My Work Surface'