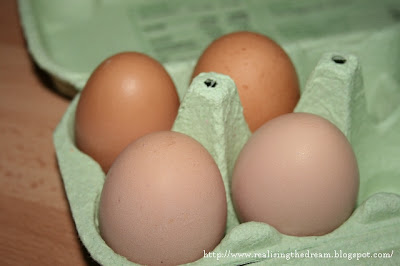 I think our thoughts on becoming the egg supplying capital of Scotland was possibly a bit premature.  Today we had 0, yep count 'em, 0, eggs!
We are not overly worried as we had been warned that they may go off laying for a couple of days through the stress of moving home.  We thought we had missed that problem with the eggs laid yesterday but possibly they had them 'brewing' already and the enormity of the move has only just sunk in.
They are all looking very healthy and happy though and are still very friendly.  They run to the door of the run as you approach and are happy to peck around your feet.  It looks to me like they have been around people and are happy to be picked up but it is more of a pick up because they need to moved somewhere.  They don't seem to understand touching or picking up as an affection thing, but we can work on that.
Someone asked me yesterday what the eggs were like and I can confirm that they were lovely.  I had a couple for lunch today, cooked I might add into a rather tasty cheese omelette!
Hopefully tomorrow will fair better for egg collection...
Posted by Rosie at 21:10 1 comment:

We have had our chickens about 6 hours and we have had 5 eggs already!  (I did a post bedtime collection)  I think we may get a lot of eggs LOL!  If you happen to be passing, stop in, get some eggs!  Every visitor leaves with a dozen!  I love the different colours, white ish and 'egg' coloured.  We also have skinny egg at the top left there!
(I know it says 5 one was laid as a present in the car for us on the way home, I forgot about it and grabbed the cat carrier after we released the ladies and it smashed *glum face*, but it still counts!)
Posted by Rosie at 20:58 2 comments:

How Do You Finish A Coop

Well, Farm Dad had been given a finish date of today for the chicken run as there was a poultry auction in the local town and we wanted to have the option to buy if we spotted something we like.  Well he hammered and nailed and sawed and dug and hid from the rain and dodged the branches whizzing past in the 70+mph winds we have had here over the last few days and completed the run the day before our trip to the sale!  Thanks Farm Dad, you are a star!!! 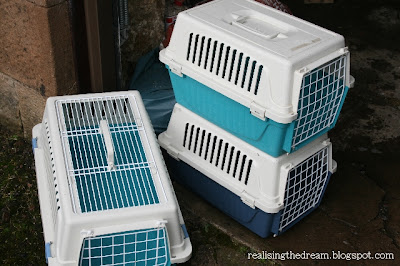 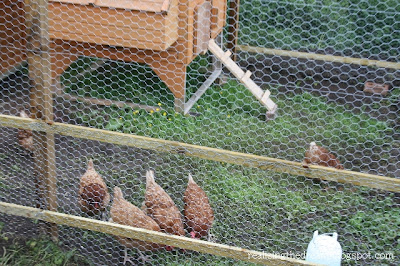 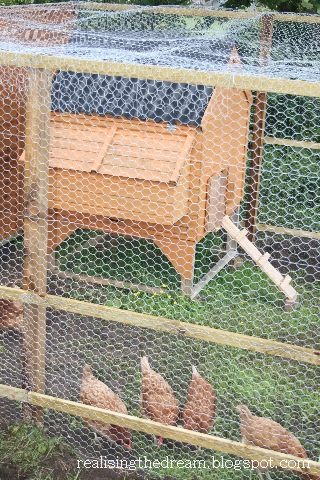 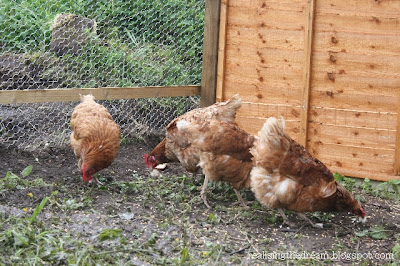 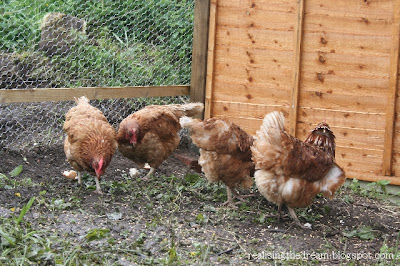 How Goeth the Coop!! 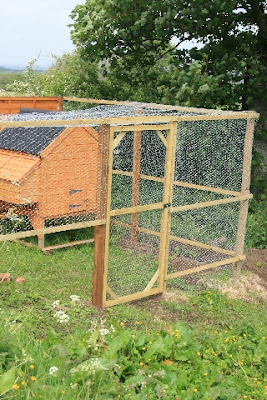 So as you know we are currently building a chicken coop, well Farm Dad is. And it is slow going, as it is his project and he can only give occassional time to it.  However, he was able to make some major headway over the past couple of weeks, particularly yesterday and it is starting to look finished!!! 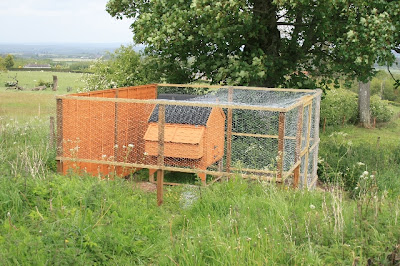 Eventually it will have a solid roof at the left hand end to give some protection from our hilltop weather to both the chickens and the chicken house.  But for the moment he is just going to cover the whole thing in chicken wire.  It is really looking so good and we are really looking forward to being able to get some chickens in it!!!
Posted by Rosie at 14:24 4 comments:

Disaster on the Farm

Disaster is maybe a tad over the top but it certainly felt like it and it has caused some mayhem in its aftermath!  Somehow we have had drastic deaths in the vegetable patch!  All the Runner and French Bean plants are dead, around 40 plants total.  They were all healthy, growing well and seemed to have adapted to the gales we have been having at the moment.  Then one morning I go out and they have all dropped dead, some are dry and crispy whilst others look like they filled up with water and went mushy!  Very strange, and all in the space of one night.
The beans have not be the only mysterious deaths either the cabbages took offense at the hot weather and even with watering shrivelled up and pushed their boots skywards.  And the Brussel Sprouts just ceased to be, one minute there the next they're gone!  I think something ate them!!
And to top it off the celery just laughed and died as well!
All in all a good time is being had by all!!!  The peas, however, are thriving, they apparently saw the whole bean massacre from their adjoining rows but are saying nothing.  The rocket and beetroot are also holding their own and the broad beans are showing them how it is all done!  The carrots were looking good too but they seemed to have gone the way of the beans and changed their mind.
I am blaming the odd weather we have been having, I have been getting reports from gardeners and farmers alike that crops are doing odd things at the moment, its all this Bermuda heat and then howling wind and rain that is doing it, confusing the little darlings!
So there has been some emergency re sowing of extra seeds to replace the lost battalions and they are all looking good.  I am hoping, and so far, with fingers crossed, it is all looking like this won't be the set back that it may have been but it did dampen spirits somewhat.
Posted by Rosie at 08:00 3 comments:

Every Orchard Starts with One Tree

Last year we 'claimed' the top of our field as an area that we would use for ourselves.  And we quickly decided that some fruit trees would be amazing.  Our own little orchard.  Well it has taken us until this past weekend to actually do anything about it!  A chance trip to a local garden centre for lunch supplied us with our first tree, chosen by Farm Guy.
The new Victoria plum tree has been given pride of place right in the middle of where our new orchard will be! 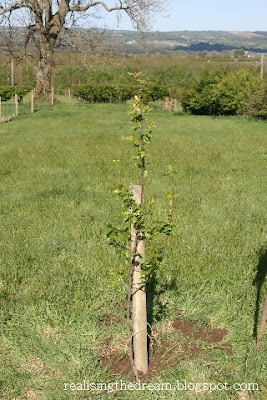 Apparently it takes five trees to make an orchard. In our case it's one!!
Posted by Rosie at 21:27 4 comments:

To the untrained eye this looks like a peaceful scene of a rough patch of land, but is there more?... 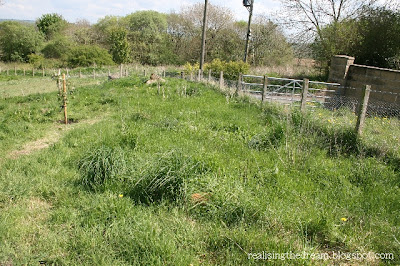 Did you spot anything? 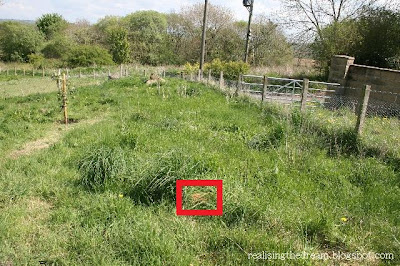 A snoozing farm cat, the only place to be on a hot day! 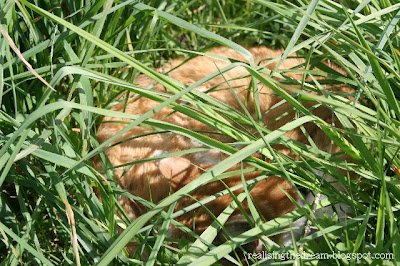