Bad Weather, Bad for Gardening, Great Excuse for Other Crafts!! 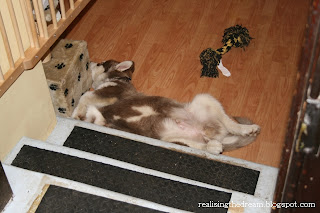 I had been holding off and holding off, waiting for there to be a chance to share some news about what has been happening in the garden, with the chickens, with the stables.. anything! But the weather here has been so bad for the past month or so that there has been nothing but staring dankly out of the window. A time for chilling out and kicking back inside! Something the animals have had no problem in doing! 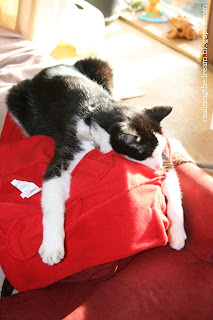 It has left plenty time for other things however, particularly in the arts and crafts and cooking departments.  Another attempt at Cherry Cake - still the cherries all sank.  If anyone has any hints on how to make them stay put then I would be pleased to give it a go.  I have tried: doing nothing to them, covering them in flour first, washing, drying and then covering in flour.  Nothing, always a nice layer of cherries at the bottom of the cake! 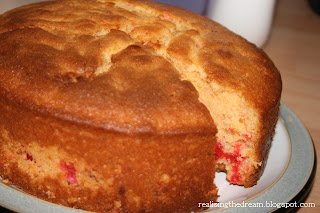 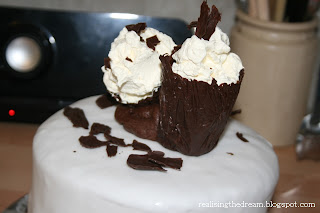 Neighbours gave us a big box of windfall apples, so they were made into a quick apple crumble and then several jars of Apple Jam! 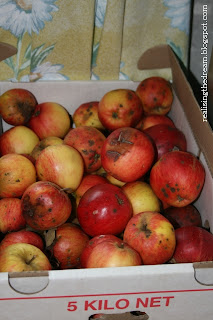 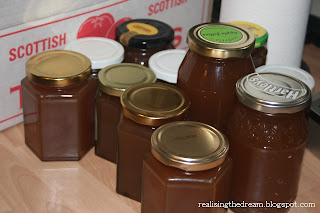 The garden is still able to produce even through all the howling wind and driving rain.  I got up the last of the potatoes.  As well as a few parsnips and a beetroot just to see how it was!  I also discovered two courgettes on the plants that I had forgotten all about!  How do you forget about a courgette plant?  Stick it somewhere you never go then find other things to worry about!  But well done to them both for soldiering on! 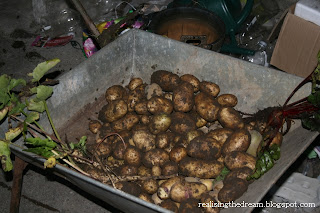 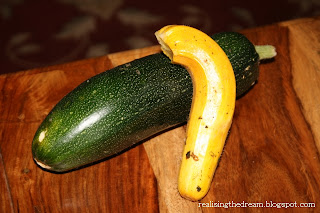 In the arts and crafts section of the home, with Halloween fast approaching a costume was needed for Farm Baby (who will soon need to be called Farm Toddler!).  So, Red Riding Hood was the name of the game and very pleased I am too - ahh modesty! 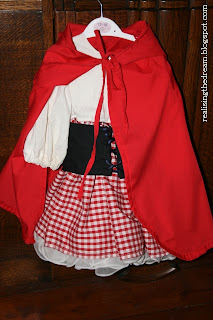 Autumn hats for mum and baby - apple anyone.... this was a great pattern that I found here - www.fleecefun.com 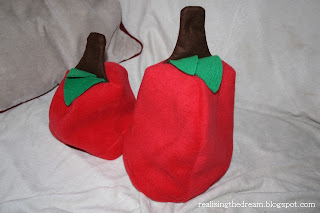 And the next project, a Tea Cosy.  Just a kit that came with a magazine that I bought but I am looking forward to trying it anyway! 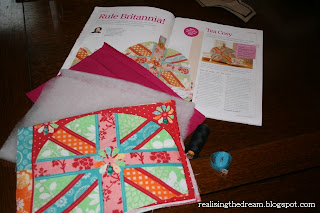