I'm Still Here!! And it's Nearly Christmas!! But Where's the Tree!!?

So, what has been going on! Well it has been a busy week and we in no way got done what we wanted to! The Dining Room which we had figured would take a week to do has now crept into its second week. This was due mainly to the fact that we thought that painting over the old paint would be fine but it appears that is not the case! We came down the next morning to several patches of peeling paint! So we had to troop to the DIY Store and bought some lining paper which we have now mostly put up. We had a section of plaster above the fireplace fall out so we are waiting on the repair job to dry before we continue!

The floor does look good though! I said I would try and get photos of Farm guy trying to sand the whole lot with a Hand Sander, and I believe I was taking bets on how long it would take before he decided it was a bad idea.. Well, anyone who said an Hour and a half, you win! He decided so fast I didn't even get any photos :( I was upstairs painting and before I know it he announces that we need a floor sander cos "this sucks!" So, after this declaration of suckiness, a floor sander was duly hired and the learning curve began.... but I think he did pretty well, took two days and as you can see everything got VERY dusty! 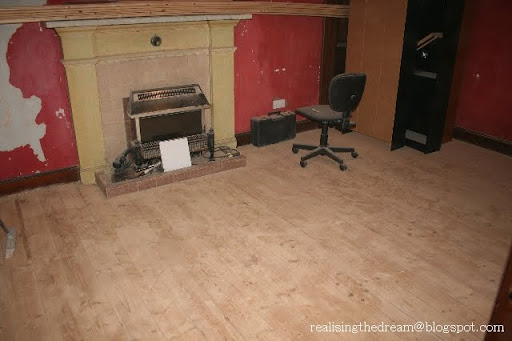 After the sanding it is my time to shine! After a lot of hoovering and brushing, and more hoovering and a little sweeping and a wipe down with White Spirit and a bit of drying it was time to get varnishing. It was going to need three coats of... 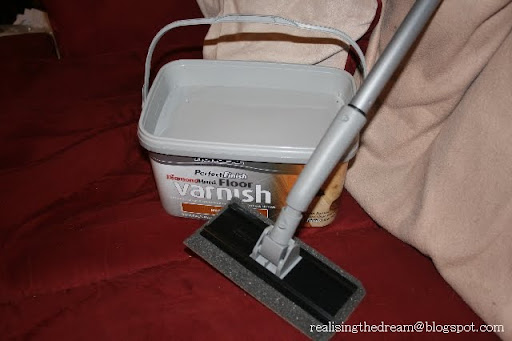 So, scooting about in my socks, in the middle of the night, (working really does get in the way of fun!) I set to work transforming this canvas to a hardwood masterpiece! Finally it was done and we love the look of it! We are so pleased we have decided that the living room floor will be done in the same vein once we get around to it! 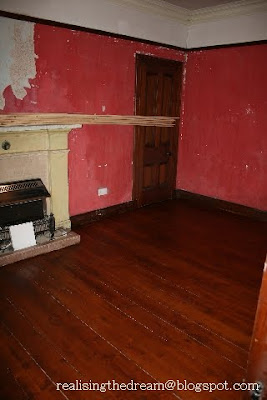 So the floor was a big success and as soon as we get that, quite frankly revolting, paint covered up and the new "do" put on there will be a room ready for all the stuff that is piled up in the living room! And then!!! Christmas Tree!!!! WooHoo!!