What's Going on in the Kitchen?

My new kitchen.... Ahhhh! I have been dreaming about it since we moved in... Since before then! And the one thing that I wanted in it was an Aga, always, no matter how I pictured the kitchen, there was the aga, centre stage!

I grew up with an Aga, my mum still has it! It is one of my biggest memories of home. And to me it symbolises the total heart of the home, let alone the kitchen. So Aga it was. We are on oil here, so oil would have to be our fuel for it. We began investigating.

It soon became apparent that although an oil Aga was within our purchase budget range, the week to week cost of running one would mean we'd probably end up never being able to turn the thing on! Not the best. An Electric Aga had the best running costs of all the Agas but its initial purchase price was out of budget, and even if they weren't they only offered the cheap running ones in extra small, which was not what I was after. Poop.

I was determined, however, that my stove dreams would not become nightmares. I researched all the Aga style stoves available. I knew I wanted big and I knew I wanted cheap to run and I had an initial budget in mind.

My travels brought me to a new company called Everhot, who have been making waves in the Electric 'Aga' world. The running costs were extremely low, they offered a huge range of sizes and oven configurations and the purchase price was reasonable. We found our local stockist, who happened to sell loads of different makes of stoves, which was good as it gave us a chance to look at a range of ranges!!

I loved the Everhot, it was just what we needed. We took a week to discuss, decide and order! It arrives the beginning of May! Cannot Wait!!!! 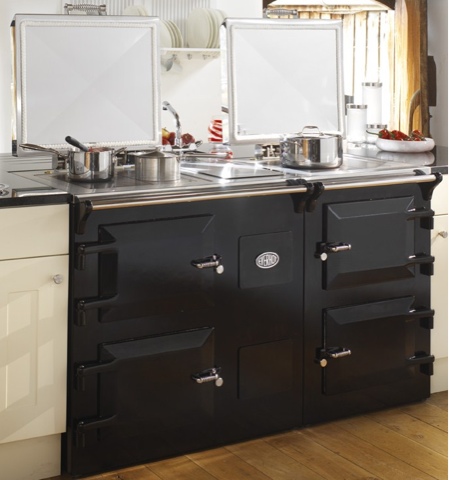